In its first quarter as a publicly-traded company, Teladoc showed “virtual patient visits” increased a whopping 104% compared to the same period a year ago, boosting already bullish expectations for the year.

Teladoc is part of a parade of telehealth vendors that are signing deals with employers and some of the nation’s largest health insurance companies including Anthem , Aetna Cigna and UnitedHealth Group to provide more convenient care to patients via video or online consultations. Other telehealth vendors include Doctor on Demand, American Well and MDLive, which have raised tens of millions of dollars from private investors in the last two years. 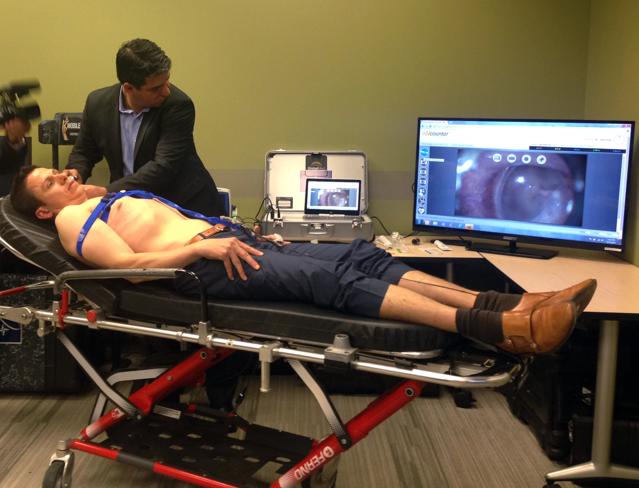 Teladoc’s revenue was up 78% to $18.3 million in the three-month period that ended June 30. Teladoc said it grew to 11.5 million members as of June 30 and has since added another 1 million members, which means the company has already met its third quarter goal already with another month and a half to go.

Health plans see a way for patients to get high quality care from a physician and the potential to avoid a more expensive trip to a hospital emergency room. Teladoc executives also said they are seeing growth in mental health, dermatology and, potentially, smoking cessation programs.

Aside from commercial health plans and private employers, Gorevic told analysts there is increasing interest from health plans that contract with state Medicaid programs for poor Americans as well as Medicare Advantage plans that provide benefits to seniors.

Teladoc’s numbers come in the same week a new report from information and analytics firm IHS projected cumulative annual growth of nearly 25% a year over the next five years to 5.4 million video consultations between primary care providers and their patients by 2020.

Total numbers of virtual consults are growing 10 percent a year with 16.6 million this year with growth projected to hit 26.9 million including consultations with specialists in many fields including mental health.

Teledoc’s virtual patient visits jumped 104% to 125,322 in the period, which was above some analysts estimates by more than 30,000. “This strong membership growth provides very strong sales visibility into the remainder of 2015 and creates a solid base for 2016 sales growth,” Ryan Daniels of William Blair & Company said.